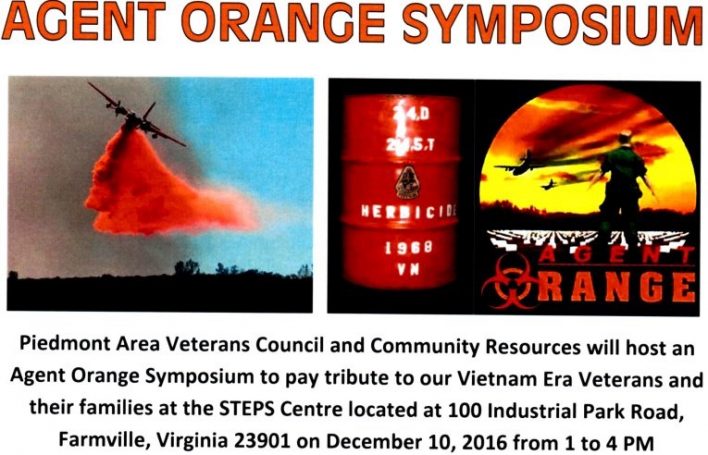 Michael Lund spoke about the Home and Abroad free writing program for military, veterans, and family members at The Agent Orange Symposium sponsored by the Piedmont Area Veterans Council at the Scopes Center in Farmville on December 10, 2016. 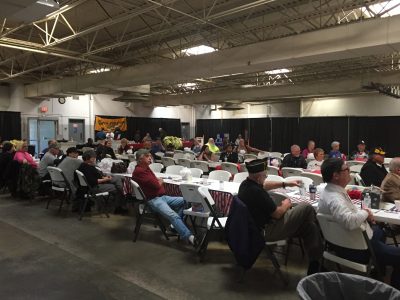 Veterans narrated the ways in which they had been exposed to the defioliant while in Vietnam, and reprentatives of veterans support groups explained the health risks accociated with exposure. There was material from the VA about health care options, and volunteers prepared refreshments like this American flag constructed with red, white, and blue frosted cupcakes (some of which have already been consumed!). 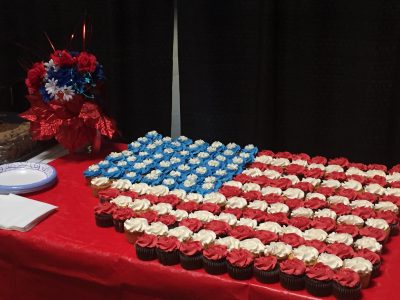 Vietnam veterans, like Michael Lund, as well as caregivers were recognized. 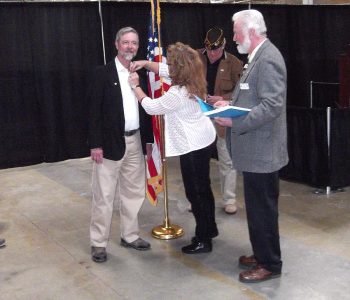