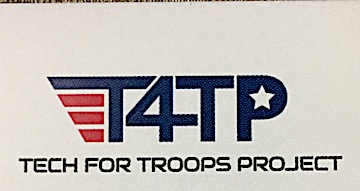 Mark Casper, Executive Director of Tech For Troops Project, recently gave Home and Abroad’s Director a tour of the non-profit’s Richmond headquarters and workplace. His energy and commitment to this mission carried over from his career as a Marine. 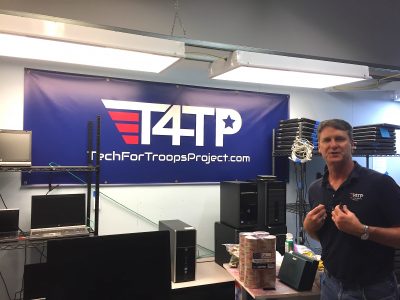 The organization’s aim, Mark explains, is “to provide veterans with computers, hands-on technical skills and training to help them start new careers in information technology.” More than 3,000 veterans have been helped in Tech For Troops Project’s first three years.

So far, their main effort has been directed toward central Virginia, but they plan to expand their area of operation. That’s one reason Michael Lund was invited to tour the facility, as he will now inform participants in his Southside writing program about the help available to them.

The company also accepts new and otherwise outdated computers, wiping clean all data, rather than having them sent to the landfills. They refurbish many PCs, which are then donated to veterans assistance organizations and children of veterans.

Tech4Troops hires veterans, providing training and skills for a future in the technical industry.

Before he took the position at Tech4TroopsProject, Mark ran his own successful IT firm. He told Michael, “I feel this is where I am supposed to be.” The laudable nature of the work, his enthusiasm, and the accomplishments of the program make it hard to disagree.