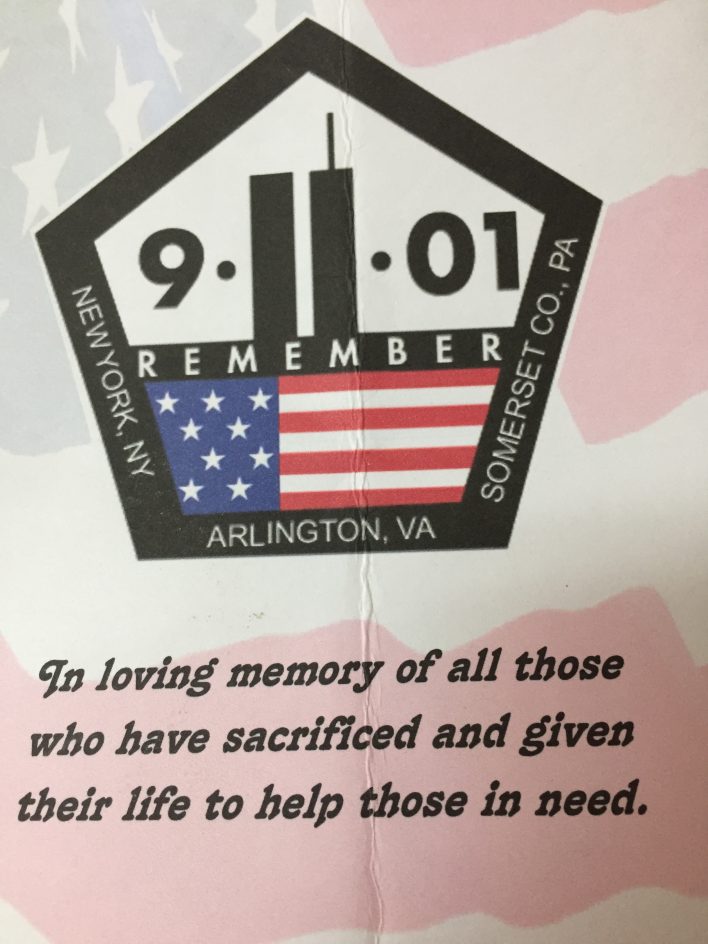 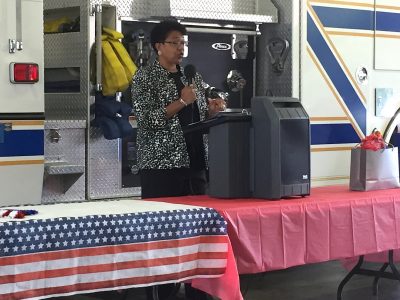 Colonel Janice Johnson, (U.S. Army retired) was the featured speaker at this September 11 event sponsored by American Legion Auxiliary Post #32 at the Farmville, VA, Fire Department.  A Longwood University graduate (1982), she served around the globe, but was at the Pentagon on that tragic day and lost two officemates. Four Longwood University students performed the national anthem for the crowd of citizens, police, fire department, and veterans organizations.

An unplanned event marked the importance of first responders: the alarm sounded and officers scrambled to get their gear, mount the trucks, and race to where they were needed.