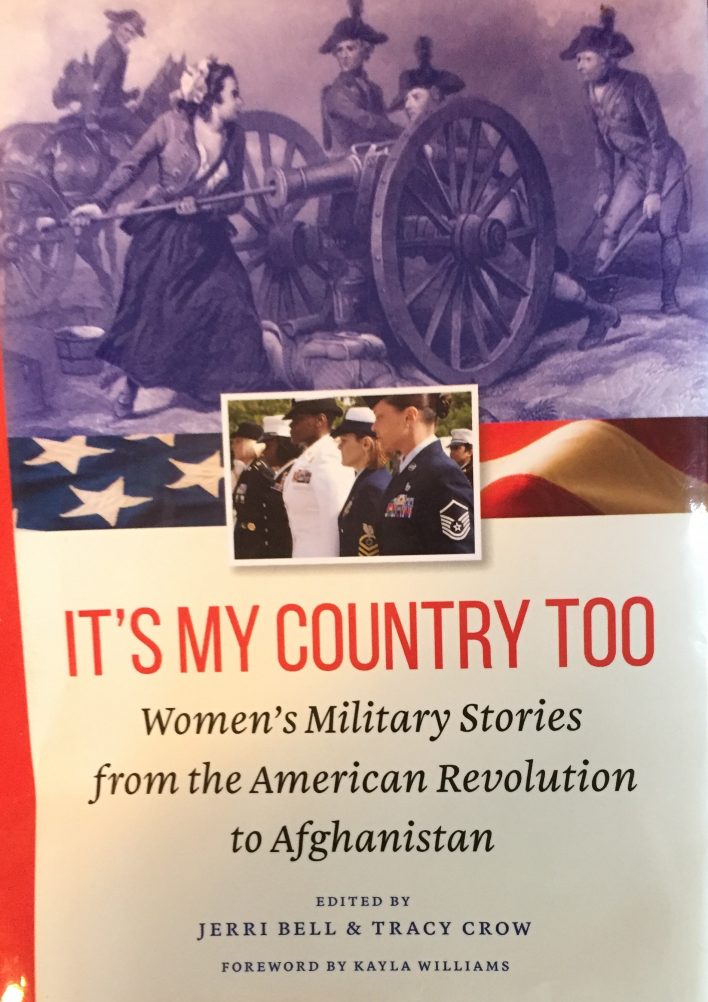 Home and Abroad hosted a round-table question-and-answer session with Jerri Bell, co-editor, with Tracy Crow, of the highly acclaimed It’s My Country too: Women’s Military Stories from the American Revolution to Afghanistan, on November, 2017, at the Farmville Virginia Post 7059 of the Veterans of Foreign War. 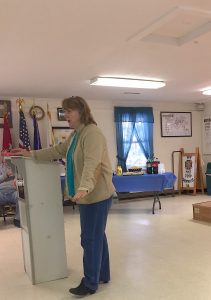 It’s My Country too is the first anthology to convey the rich experiences and contributions of women in the American military in their own words—from the Revolutionary War to the present wars in the Middle East. It was published earlier this year by the University of Nebraska Press.

Bell also visited a class being taught at Longwood University by the Home and Abroad director. The students, who were reading It’s My Country too, heard about researching and writing the book. 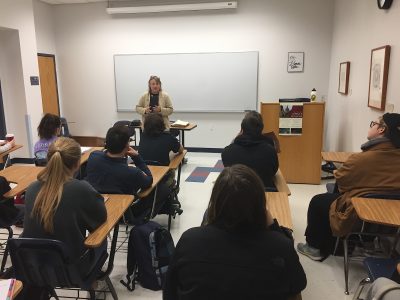 Co-editor Bell served 20 years as an intelligence officer in the United States Navy, with tours aboard the USS MOUNT WHITNEY and HMS SHEFFIELD (UK, as well as ), as well as shore tours in Lajes, Azores, Norfolk, VA, and at the US Embassy, Moscow, Russia. She is currently managing editor of O-Dark-Thirty, the journal of the Veterans Writing Project, and an instructor with The Veterans Writing Project (Washington, DC).

Her visit was co-sponsored by the Piedmont Area Veterans Council.

Jerri Bell received her Bachelor of Arts in Russian and Soviet Studies from Vassar College, Poughkeepsie, NY, in 1985 and her Master of Arts in Writing from The Johns Hopkins University, Baltimore, MD, in 2009. She continues to write, speak, and conduct writing workshops across the country.

Publishers Weekly says of this inspiring anthology: ”Bell and Crow have done a service by amplifying the important voices in this collection.” And Mattie Cook, in a Library Journal starred review. Clams the book “is ripe with the history of female contributions to US conflicts. . . . Enthusiastically recommended for all collections.”