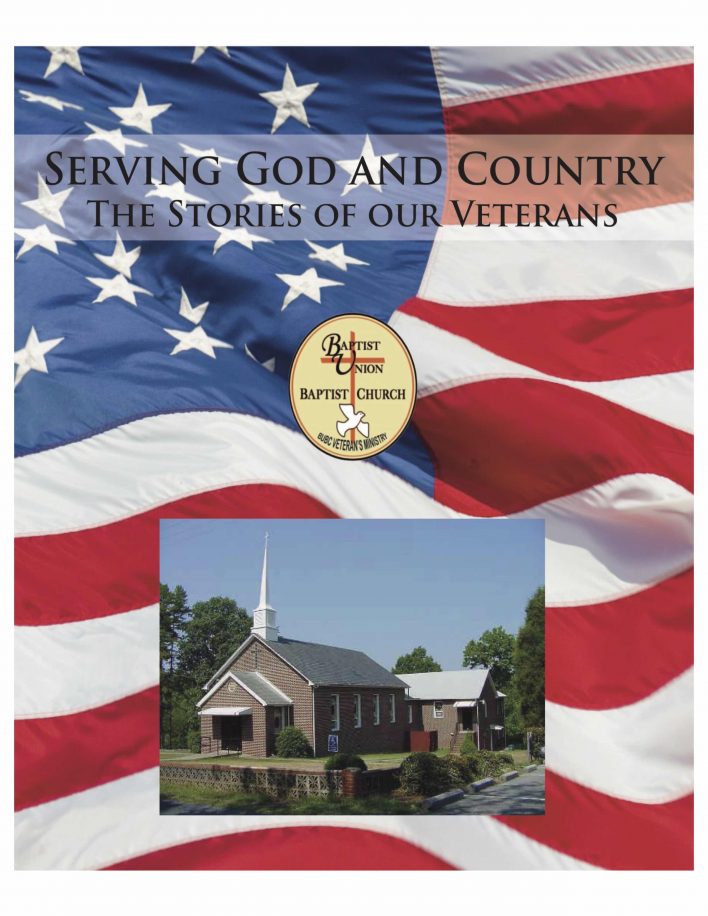 Baptist Union Baptist Church of Dillwyn, Virginia is making available “Serving God and Country: The stories of Our Veterans,” a 72-page booklet written by military veterans in their congregation in partnership with Home and Abroad, a free writing program for military, veterans, and family. The booklet

will be available in print (as long as supply lasts) or in electronic form.

The veterans of this historically African-American church are dedicating this writing project “to their fellow veterans, living and deceased who have served in the Armed Forces of the United States of America.” Accounts come from draftees for the Korean War, soldiers sent to police the attendance of James Meredith at the University of Mississippi (then sent back because it was believed that they would create rather than quell disorder!), young men drafted out of high school for dangerous assignments in Vietnam, and Army Reserve enlisted men whose work supervisors did not recognize the right to reclaim their jobs after initial training. It is a book that follows the civil rights trail from the Jim Crowe era to the present as traveled by military veterans.

Trustee Janice M. Johnson of Baptist Union Baptist Church is the director of the project; and Dr. Michael Lund is director of Home and Abroad. Feel free to contact either of us: recon-pro [at] msn.com;  mclund [at] centurylink.net.