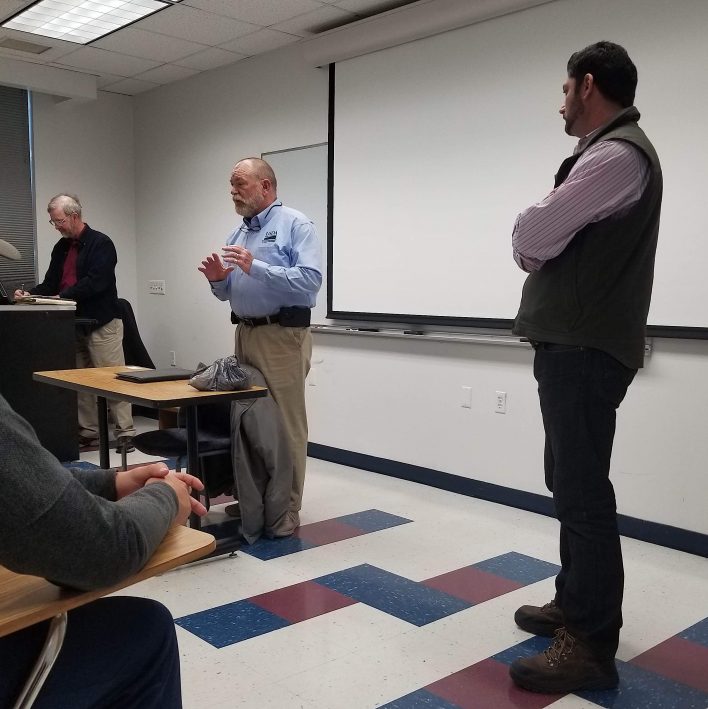 Military Veterans Agricultural Liaisons Bill Ashton and ​Matthew Underwood spoke to students in English 215, who are managing the Victory Garden this semester, about Department of Agriculture initiatives to support retiring military who want to move into farming in their civilian careers. 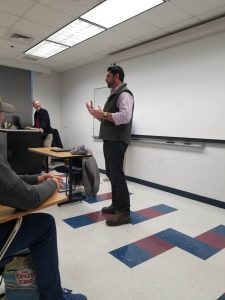 Mr. Underwood, a Marine veteran who served multiple tours in Iraq, explained how veterans want to serve the community in their civilian roles as they did as soldiers. 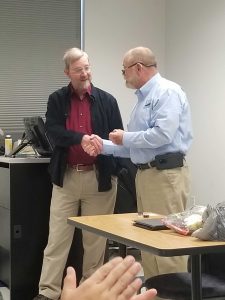 Mr. Ashton, who served 24 years in the Navy, told students that agriculture is an important element of national security. The industry includes not only the farms but the machinery of planting, harvesting, and distribution.

Both men toured Longwood’s Victory garden. Although the season is nearly over, the students presented the guests with just harvested turnips, beets, and Daikon radishes. 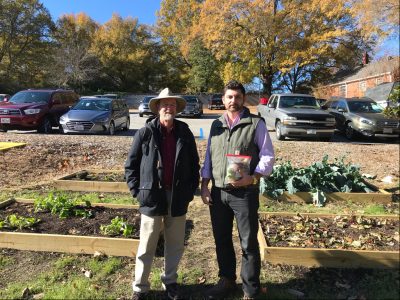 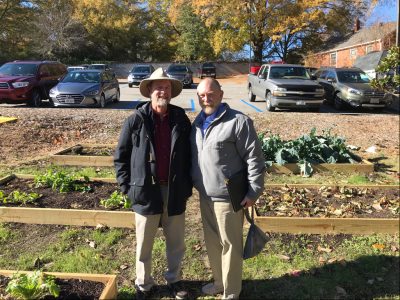