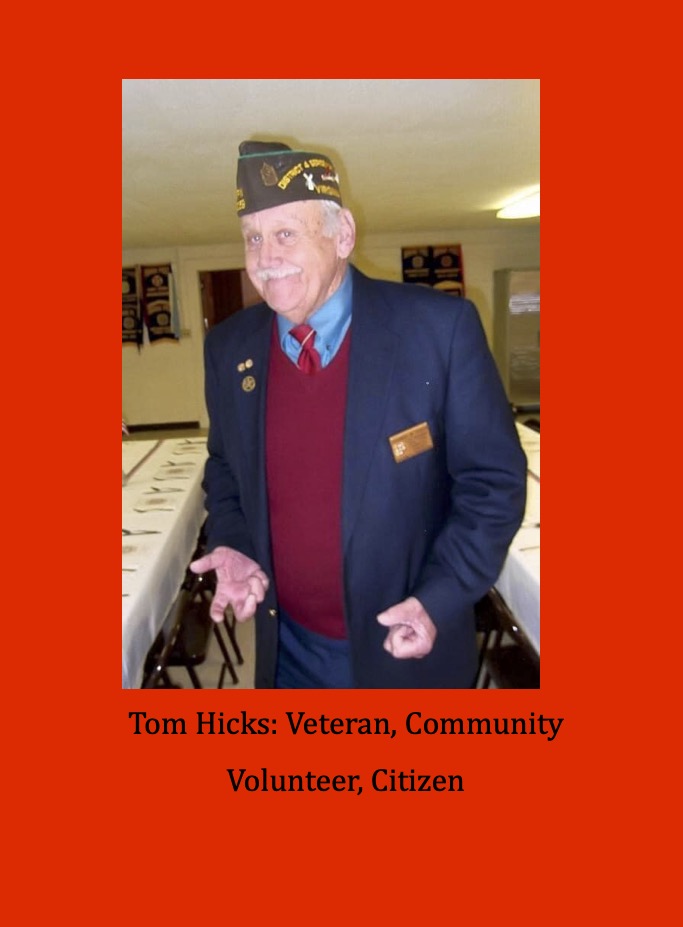 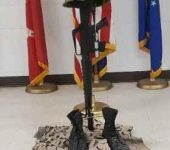 The focus of this tribute is Tom’s tireless volunteer contributions to the local community. Accounts by seven veterans tell how he collected clothes for homeless veterans, helped with the Thrift Store at the Piedmont Area Veterans Council (PAVC), welcomed veterans to the community at the PAVC office, tended flags at local cemetaries, organized and directed programs recognizing veterans at Prince Edward County Public Schools.

He was a lifetime member of the local VFW and American Legion posts and served as an officer in each. 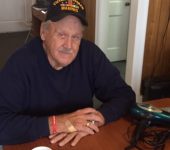 To stay abreast of local events, Tom met regularly with a small cadre of veterans, retired civic leaders, and friends over hearty breakfasts at Merk’s Place. He remains an inspiration to all veterans who believe in giving back to the community. 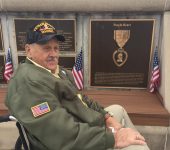